The immortals of Meluha by Amish Tripathi is a fantasy novel based on ancient Indian mythology and beliefs of the Hindus.
Now and then we asked these questions, who is God? Why are they called Gods? Gods are usually depicted as supernatural spirits, but their appearance is portrayed as human. Why so? There raises a hypothetical question, all the Gods we worship today were once a human being?

Their magnanimous and selfless deeds to humankind re-casted them to worship as Gods. The same idea made the author create a storyline of the immortals of Meluha and developed into a bestseller novel.

THE IMMORTALS OF MELUHA is the journey of Shiva, a young warrior to Mahadev, the God of Gods.
“The immortals of Meluha ” is the debut novel of Amish Tripathi. Most of his novels were based on mythological fiction. Shiva trilogy series have been sold over 2.5 million copies.

OUTLINE OF THE BOOK ” THE IMMORTALS OF MELUHA”: 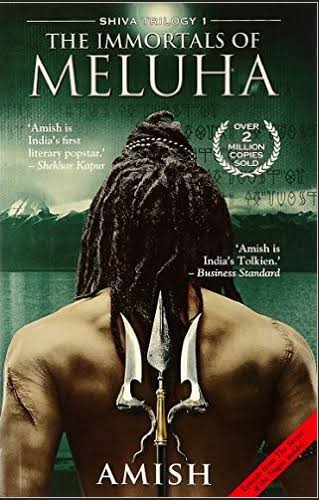 The book starts with Shiva, the ordinary man, the leader of the tribe called Gunas, living near the Himalayas. Pakrathis, the tribes of a nearby region constantly scuffle with the Gunas.

Another empire called Suryavanshis, the dynasty of Lord Ram, ruled the land of MELUHA. One of the greatest monarch of ancient India.

Despite, the land of Meluha is blessed with all resources, the Suryavanshis face menaces due to a sudden drought of river Saraswathi and getting victimised to unexpected attacks often by Chandravanshis. It also seems to be Chandravanshis allied with Nagas, the deformed humans who were the enemies of Suryavanshis.

Meanwhile, Meluha invited the Gunas to their land as immigrants. For the peaceful life of their tribe, Shiva the leader accepted their invitation and moved into Meluha along with their tribes as immigrants.

Suryavanshis believed in the concept of legend. Their belief is, A hero will emerge to rescue them from all the evils they face.

What is the reason for the enmity between Suryavanshis and Chandravanshis?

Why Suryavanshis waiting for the hero, rather than facing their struggle?

Is Shiva, the immigrant to Meluha is the real hero whom the people of Meluha looking for?

REVIEW ON THE IMMORTALS OF MELUHA:

The main characters of this book are Shiva, Sati, Nandi, Daksha and Parvateshvar. Yes, the names which we came across so often in Hindu Puranas, and some were the imaginary character of the author. The author gives his imagination a knock and creates a fascinating story based on some myths we believe in the Hindu religion. This will raise the curiosity of the readers.

Shiva fascinates the readers with his humour sense and witty knowledge. The way the author used to portray the character Lord Shiva brings more admiration to him than devotion.

The system practised in Meluha and the laws governed by the empire makes Meluha be a perfect society. The author’s description of Meluhans’ architectural brilliance, action sequences are beyond imagination and people’s way of living all these makes Meluha immortal in our heart forever.

There is another perfect reason, for calling Meluha as immortal which I don’t want to reveal now, you will get to know while reading the book. The book conveys a deep lesson that truth has versions too. Whatever appears as the truth, its exact opposite may also be true in another context. Our perception varies through the lens which we view.

This book is a combination of love, friendship, action, patriotism, speaks more about the society, philosophy and thriller twist which turns it to be a perfect and gripping drama.

If you are fond of mythology and historical novels, I bet you this book will quench your thirst and certainly, you’ll grab the next series.

Let Lord Shiva bless you and your family with all the happiness.

Hope you enjoyed the review of “The Immortals of Meluha”, please post your views in the comment box.

If you wish to read the book you can buy the book “The immortals of Meluha” on Amazon. 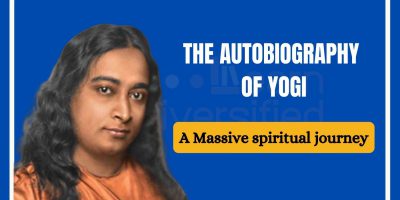 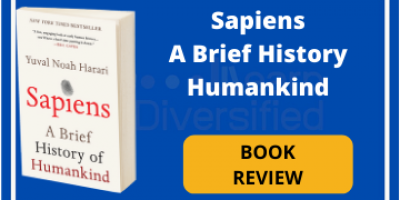