Brands that makes us spell yummy

The majestic state Tamil Nadu not only wears the crown of ancient language “Tamil” but also the birthplace of eminent entrepreneurs who gave birth to great brands. Being the second largest in the Indian economy Tamil Nadu is also the place where several successful entrepreneurs and brands bloomed. In this article we will explore three famous brands of Tamil Nadu that delights our taste buds.

Unlike casual kids who plan to enjoy even a single day leave like a summer vacation, this intelligent kid has done something smart during his summer vacations. A. Padmasingh Isaac instead of playing and having fun with friends he use to sell candies by setting a temporary shop during the vacations. Those moments were the seeds of the well-known masala brand “Aachi” and A. Padmasingh Isaac is the man behind the brand. He used to mix phenyl and sell it to hospitals during his college days. 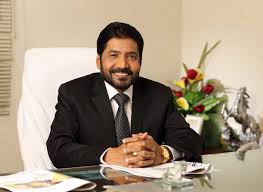 The entrepreneur in him never failed to peep at every stage of his life. As the art of selling and marketing bloomed in his childhood itself, after graduation he joined Godrej as the area sales manager. He was working in Godrej for 10 years and sharpened his skills in sales and marketing.

A. Padmasingh Isaac started Aachi masala with only one product Kuzhambu Milagai Thool (curry masala powder) in which the product is the output of his inspiration from his wife’s recipe. Those were the period when branding and masala was miles apart. It was also the emerging digital period where many people wanted a quick meal instead of grinding and chopping and that’s where Aachi stepped into success. 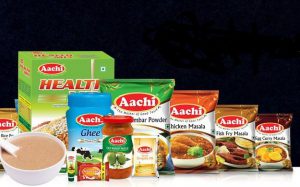 A. Padmasingh Isaac says that they make sure the products are available in all the places starting from Kirana shops. If not so it is done right by their agents immediately. Never leaving the customer to wait maybe the Aachi’s strategy for success. At present Aachi has 200 products with over 14 lakh retail outlets all over India. The masala packets are priced as low as Rs 2 such that it should be available even in the remote villages that a daily wage worker can buy. If you want to know the successful performance of the product check the dustbins. Aachi is available everywhere says the “masala king”.

The name “Arun” may mean “hot” but it tastes “cold”. The leading ice cream brand of south India “ Arun” has become synonymous with ice cream in almost all the places of South India and other parts of India. In 1970 with the initial capital of Rs 13000 RG Chandramohan, the son of a vegetable wholesaler from Virudhunagar when thinking for a business idea, ice candies struck his mind. Initially started as a small venture in a rented 250 sq ft area RG Chandramohan started manufacturing ice candies with only three employees. 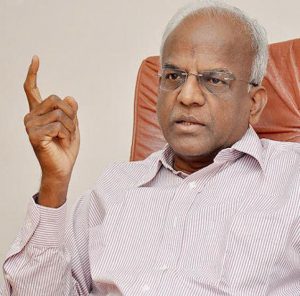 Directly from the farms 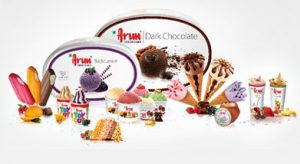 To boost the sales in 2007 the company opened an exclusive ice cream parlor named “Arun Ice Creams Unlimited” by serving ice creams in scoops. Soon in 2012 “Ibaco” was launched to cover even the high-end consumers. By 2018 the company cherished with over 2,300 parlors across Tamil Nadu and opened their branches in other states and countries. Arun ice cream is the market leader in Seychelles and still traveling in the path of success in many parts of the world.

For those who want to taste the home food being away from home this brand lends its hand. The largest south Indian vegetarian restaurant chain, Saravana Bhavan serves with soft idlis, crispy dosas, and more since it was started. P Rajagopal is the man behind the brand who started Saravana Bhavan in 1981. 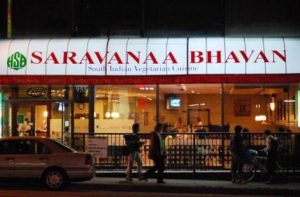 Necessity but not a fashion

P Rajagopal was working as an attendant in hotels serving and cleaning. Initially he laid his foot into the business by opening a grocery shop. Soon after a worthy conversation with a salesman prompted him to open Saravana Bhavan. It was the time when eating out was a necessity rather than a fashion. P Rajagopal brilliantly made use of the necessity by offering quality food and service without compromise.

In south India where Brahmins are known for their expertise in cooking vegetarian foods, Saravana Bhavan changed it and positioned itself as the hotel known for hygienic vegetarian food. P Rajagopal was a deep believer in astrology. The astrologer told P Rajagopal that he will be successful by starting a business that involves fire constantly. The astrology which made him reach the peek but the same astrology is the reason for his great fall. 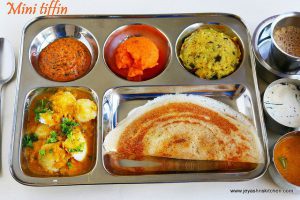 P Rajagopal was sentenced to life-time imprisonment for murder. The fame of P Rajagopal fell after the case but not the brand Saravana Bhavan. Even at the time when he was convicted for murder Sravana Bhavan branches were opened in the foreign countries. The reason why his fall doesn’t let his brand to fall is he focussed more on marketing and expanding the fame of Saravana Bhavan rather than himself by serving high-quality food. This brand proves that nothing can shake your consumer loyalty if you keep up your quality and service consistently. 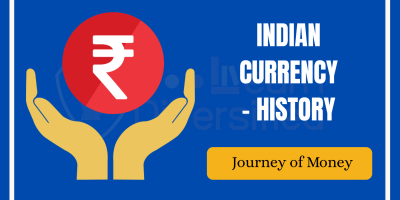 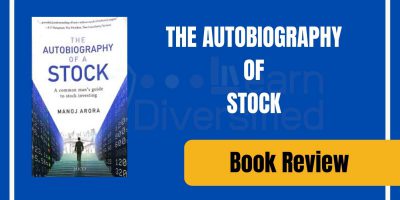