Edelweiss group last week announced the launch of the second tranche of Bharat Bond ETF (Exchange-traded fund), which is expected to raise to Rs. 14,000 crore with two series. The objective of an ETF was discussed earlier while seeing the difference between Active and Passive Funds. But we didn’t see the example of an ETF with bond securities. The Bharat bond ETF is India’s first debt security ETF. Before we explore more, let us not forget that the purpose of this post is not for any investment advice but educational purposes only. Let us now look at the debt ETF in detail. 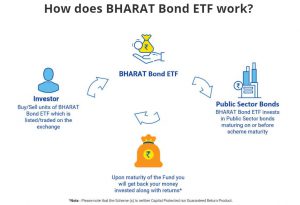 What is Bharat Bond?

Bharat Bond is a basket of debt securities of Public Sector Units (PSU’s) with a credit rating of ‘AAA’, which is the highest rating for debt securities. Securities with such rating are considered to have the least risk to default on its obligations, not just because they are highly rated but also for being quasi-sovereign (Government-owned institutions). Bharat Bond ETF is an open-ended exchange-traded Target maturity fund that tracks the return provided by the benchmark Nifty Bond Index.

A target maturity fund has a maturity date as like any other fixed maturity security. In the ETF’s the funds are held for the whole maturity period. Investors can enter and exit the ETF at whatever point of time they want. The coupon rate received (interest received from the bonds) will be reinvested into the scheme. The scheme will also invest 5% of its funds into allocation towards government securities and Tri party Repo (TREPS) for liquidity purposes.

The first Tranche of Bharat Bond

The first tranche of the Bharat Bond was launched in December 2019. It was launched on 2 series for a period of three and ten years. The three year period was April 2023 and April 2030. The constituents of the 3-year fixed maturity fund in April 2023 are

The yield on the three-year underlying Nifty Bharat Bond index was 6.7% during December 2019 when the fund was launched.

The yield on 10 year underlying Nifty Bond index was 7.6% during December 2019 when the fund was launched.

The first tranche raised Rs.10,000 crore for the companies by issuing the debt securities.

The second tranche of Bharat Bond

The second tranche of Bharat Bond is being launched currently with plans to raise to Rs.14,000 crores from the markets in two series. The maturity period for the two series are said to be for periods April 2025 & April 2031. The fund invests in the debt securities that are part of the Nifty Bharath Bond Index constituents. The components are similar to the above-mentioned securities as a part of the first series. The rebalancing of funds according to the index every quarter.

Investors can invest in a minimum sum of Rs.1000 and multiples of Rd.1000’s thereafter. If you invest in the Nifty Bharat Bond index through a fund of funds (FoF) then an exit load of 1% is levied on premature exit. The cost to the fund manager is 0.0005 percent. This amongst the lowest cost structure available in the markets.

Investors have tax rates at 20% post indexation benefits if it is held for more than three years. Indexation adjusts returns to the market inflation.

What yields to expect in the second series of Bharat Bond

When a person questioned the indicative yield investors could expect on twitter the Chief Executive of the Edelweiss Asset Management Company, Radhika Gupta replied with “Let’s wait to see closer to NFO”. 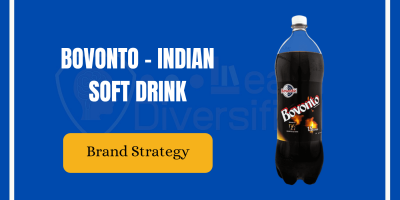 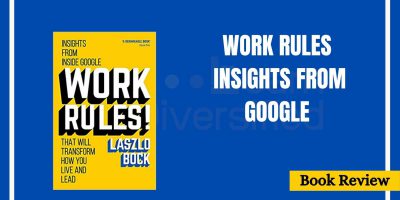