We have seen a lot of films using this concept. When we see those films, the one thought that arises to all of us ” If only Time travel were real”. This article will deal about whether Time travel is real or not.

We have seen Tamil movies like “24” and “Indru Netru Naalai” which uses time travel concept as their main plotline. But the way time travel is portrayed in these movies is not possible. In order to know why that portrayal is wrong, we need to know a little bit of thermodynamics

The first law tells us that we cannot create energy, we can only transform it from one form to another. For example, we convert the heat energy from the burning of coal to produce electricity. This law will help us in understanding that the time travel concept shown in “Indru Netru Naalai” movie is not possible. In that movie the protagonist will be shown to move travel through time and meet his former self, basically creating energy which violates the above-said law.

We use energy to do work. When we do so there is some amount of energy that becomes wasted. So it means that if we try to reverse the work that was done, we would not be able to regain those wasted energies, thus making it impossible to reverse the work done. This will help in understanding why the time travel concept in “24” is not possible. The protagonist will be shown reversing the actions, which violates the second law.

Does this mean that time travel is not possible? No, do not get disheartened. What if I told you not only time travel is possible, but it also has been proven.
But wait, there is a catch. It is still impossible to travel from the present to the past or the future, like moving between one timeline to another timeline.

To understand how time travel works we need to understand some of the basic concepts of space-time and gravity.

Imagine that you are going to a friend’s birthday party. So let us say you start from your house at 4 PM. You reach the midpoint between your house and your friend’s house at 4.15 PM. Then you reach your friend’s house at 4.30 PM. So basically as time passed from 4 PM to 4.30 PM, you moved from your house to your friend’s house. That is you moved through space as time passed. This leads to the conclusion that to move through space, the time has to increase from t=0 seconds. If time does not increase we will not be able to perform any action. This lead Albert Einstein to introduce the concept of space-time, space and time interwoven in a single continuum. 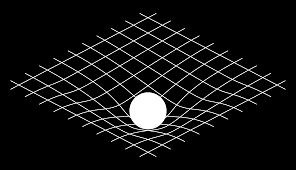 Space-Time fabric in the one-dimensional model with an object. Source: Google Images.

The above image represents a Space-Time fabric in one dimension. Understand it as a graph with x-axis as Spacelines and Y-axis as Timelines. See how the object is placed in the space-time fabric. The fabric is stretched at the point and at the surrounding points of the object.

The idea of gravity is important to understand Time Travel. In the early days, gravity was considered as a weak force that made larger bodies attract smaller bodies. But Albert Einstein revolutionized the theory of gravity. He said that gravity was not the force exerted by a larger body on a smaller body, rather the curvature of the space-time fabric based on the mass of the body. 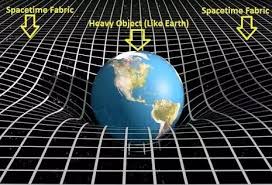 The curvature of Space-Time fabric due to the mass of the Earth.

As you can see the space-time fabric is distorted as a result of the mass of the Earth. This curvature is what Albert Einstein perceived as Gravity. The more the mass of an object, the more the curvature of the fabric, and hence more the gravity.

We can also see this real-time with a blanket and a ball in your house itself. The blanket will represent the fabric of Space-Time and the ball would represent Earth. See that when the ball is placed in the blanket, it will curve the blanket.

To understand, how Time Travel works, we have to understand how the unit of time works. In the Space-Time fabric, consider that the below two lines represent two consecutive time-lines.

The idea of relative time

This concept meant that two persons could experience time differently. As we had seen in the space-time section, an object placed in the fabric would cause the fabric to curve. This would cause the fabric to stretch at the curvature, making the distance between A and B more. This stretch would increase the distance between two consecutive time-lines. So for a person near a heavy mass, where space-time fabric would be stretched, he will experience time slowly.

To make you understand, consider an example of two persons, Vicky and Kumaran. Both Vicky and Kumaran are going to watch a 10-minute long video. Kumaran will watch the video at normal speed, whereas Vicky will watch it at reduced speed ( say at .50x ). At the end of ten minutes, Kumaran would have completed the entire video. But Vicky would have completed only half of the video. This is how time dilation works. For Vicky, as the video is playing at a slower speed, it would take him two minutes to watch one minute of the video.

This is what happens when the space-time fabric stretches. Even when time stretches, it will still be one unit of time between two consecutive time-lines, but the time experienced by the person would be comparatively slower than a person experiencing time in a normal plane.

The working concept of Time Travel

In the earlier image, we have seen how the earth’s mass affects the Space-Time fabric. So imagine what an object with very large mass like a Black Hole can do to the fabric. The mass of a black hole is very large that it will create a big distortion in the Space-Time fabric like shown in the image below. Also see the difference between the distortions created by the sun, a neutron star and the black hole.

Comparison of curvature of Space-Time fabric due to the mass of the sun, a neutron star and a black hole. 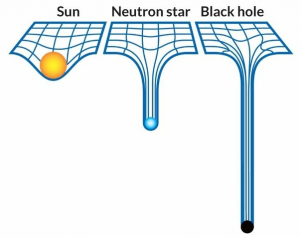 The fabric is distorted so much that the distance between two space line is very long. So this is where the cool stuff happens.

So to put in simple terms, by staying near a black hole for a minute, you have travelled to the future by 10 or 15 years. This is exactly what happens in the movie “Interstellar”, where Cooper experiences only a few hours, whereas it has been 23 years on earth.

So this is the working concept of time travel. By being in near a massive object you have experienced just an hour while in reality the earth has experienced 20 years. So you have travelled from the 1990s to 2020s within just a few hours.

This is one of the two ways you can do time travel. The same kind of time travel is also possible when you travel at the speed of light. If you want to know more about that concept you can read more about Time dilation and Mass dilation concepts which were explained by Einstein.

I like to thank my good friend Vignesh for his help in this article. 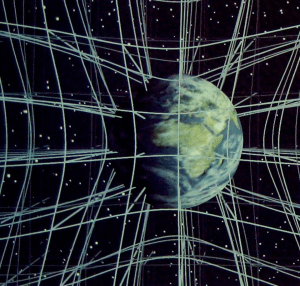 For more articles related to other aspects, please visit our home. 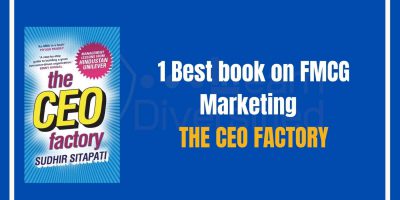 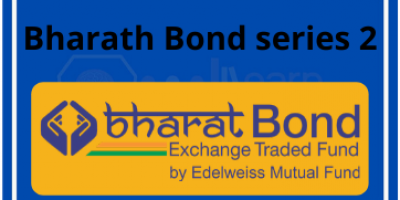